Carfax recently discovered that millions of drivers might be at risk every time they get behind the wheel, due to ignored recall notices. This is an important safety issue for all US drivers, and it should be taken very seriously. Otherwise, some dangerous situations could result, costing lives and millions of dollars of potential damage. These notifications are generally sent through regular mail, or verified email, and warn of safety defects. About 25% of all vehicles on the road (more than 60 million), have been notified of recalls, but have not been fixed yet.

According to the data Carfax examined, more than 25 percent of the vehicles for sale online in Iowa, Illinois, Indiana, Kansas, Michigan, Missouri, and Wisconsin, had unfixed recalls. Nationwide, almost 2.1 million vehicles with open recalls attached were advertised for sale on the Internet. Vans, minivans, and SUVs have the highest percentages of recalls. Increased numbers of lawsuits against vehicle manufactures are certainly partly responsible for the higher numbers.

States With Most Unsafe Vehicles


Texas and California led all other states regarding having the most open recall vehicles on the road with over 100,000 each last year. Perhaps it’s just a coincidence, but they also are two of the most expensive areas to insure your vehicles. Oregon auto insurance prices are actually quite cheap since vehicles seem to be in the repair shop less than most states. And also, ironically, Oregon has a low incidence of recalled vehicles compared to most other states. Oregon has less than 20% of its vehicles recalled. The only other states with a lower percentage are Montana, South Dakota, North Dakota, and Wisconsin.

Florida joins California and Texas with the most open recall used cars for sale. These cars can be dangerous, and unsafe to drive, depending on the specific recall. And generally, many consumers simply ignore recall notices, despite repeat attempts to contact them. Most of the communications are sent directly in the mail. In the very near future, a combination of email and phone calls may be added as a source of contacting the owners of vehicles. 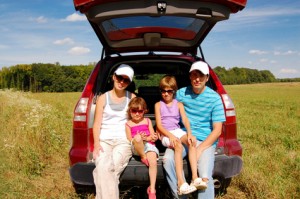 While progress has been made, according to a spokesperson at Carfax, the number of open recalls is unacceptable and dangerous. In many cases, vehicles are changing hands and the buyer is not aware that a recall has been issued. These unrepaired vehicles pose a hazard to the driver, passengers and other cars out on the road. Part of the problem is the difficulty involved in accurately tracking title transfers and verifying that contact information is accurate. And of course, many consumers assume the correspondence they receive is "junk" mail or email, and is deleted or thrown away without reading.

Carfax recommends that consumers check for open recall notices when buying or selling a vehicle. This, of course, is in addition to properly inspecting and maintaining the car or truck you are buying. Hiring an experienced mechanic before the purchase may be the best investment you ever make. Typically, you'll only spend between $50 and $175. An experienced local mechanic or dealership that is licensed and bonded is typically a reputable option.


A recall is issued when The National Highway Traffic Safety Administration (NHTSA) or an auto manufacturer finds a defect  that could possibly affect the safe operation of the vehicle or is in violation of a national safety regulation.  Car makers then must attempt to notify the owners via mail about the recall and what steps should be taken to fix the vehicle. Of course, we believe an email should also be sent, if the email address can be verified. Otherwise, a phone call should be required.

The problems arise when a car owner either does not get the recall notice or chooses to ignore it. Experts recommend dealing with a recall notice immediately. The manufacturer should cover the cost of the repair and a rental vehicle if the repair takes more than a few hours.  If parts need to be ordered, the process could take as long as a week, although that would be very uncommon. Assistance is often provided by the dealership and the customer service department of the vehicle manufacturer.


In some situations, if the car is more than 10 years old, the owner may be responsible for the cost of the repairs. Typically, this is not costly unless it involves specific parts of the engine, or parts of the vehicle that are hard to reach. Then, the cost of labor could become very expensive. In these situations, a dealership may be significantly more expensive than other options.


The federal government also allows consumers to enter the vehicle identification number (VIN) to easily determine if a car or truck is subject to a recall or other notice. This tool provided by safercar.gov researches back 15 years and covers light automobiles and motorcycles. However, customer-serve related issues, non-US vehicles, and safety recalls that occur within the last 30 days will not be listed. Also, notices from more than 15 years are not included in the database.

Additional products that can also be checked include car seats, tires, and equipment. If you are shopping to purchase a used car, the database can be utilized to determine if a vehicle has not been repaired, despite a recall. You will also be provided contact information for the manufacturer. Crash rating information along with safety and recall updates are also provided for many products. 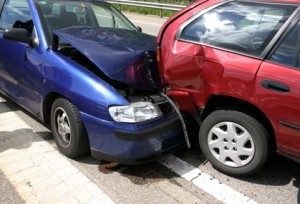 In the majority of cases, a recall is not going to affect your insurance rates. Insurers are not likely to raise rates because of a recall, unless they can justify a potential liability risk to you, other passengers, pedestrians or property. Also, the State Insurance Department would have to approve the increase, and they are unlikely to take action when there is usually not a significant risk. In fact, by repairing or replacing the problem, the insurer actually is assuming less potential liability, which may slightly reduce premiums.

However, if a particular make and model is subject to numerous recalls or accumulates a large number of claims, the safety rating could be downgraded leading to higher premiums for owners of that specific vehicle. This would impact the collision and comprehensive coverages of your policy, which are typically the most costly portion of the contract. Of course, higher deductibles can lower the premium. $500 deductibles have become quite common in recent years.

While handling a recall should be a top priority, if you forget, you will still be covered if a recall issue causes an accident. Your insurer will honor your claim, and if they feel the manufacturer is responsible, they may pursue damages from the automaker. If this occurs, you may be asked to provide a written and/or verbal statement regarding the car's performance in the days or weeks leading up to the incident.


Shopping for a Car


If you are in the market for a used car, it pays to do your homework. Checking the NHTSA website is a great place to get started. They have a complete listing of recalls that can be searched by make and model, making it easy to discover any recalls issued on a vehicle you are considering.  A broker or reputable website can also provide a list of the “best buys.” You can also email us for the latest rankings. They do change each year. NOTE: Additional topics discussed and reviewed at the NHTSA website include risky driving, road equipment, safety issues, technology and innovation, ratings, budget information, and congressional testimonies.

While the NHTSA can tell you if the car was subjected to a recall, it cannot tell you if the repair was completed.  Carfax offers a free service at recall.carfax.com where consumers can use the vehicle identification number (VIN) of a car to check for open recall notices. A Carfax Vehicle History Report will also show any open recall notices. Recalls.gov is also a very reputable and reliable resource for obtaining updated notice information.

If you discover an open recall notice on a vehicle you are considering buying, make certain it is properly repaired at a dealership before proceeding with the purchase. It is also a wise idea to join the mailing list of the vehicle manufacturer to ensure that you are notified of future recalls. Recalls can come at any time, even after the vehicle has been on the road for many years. The longer a vehicle has been serviced, the more likely a recall may be required.

The NCSA (National Center For Statistics And Analysis), which is part of the NHTSA, provides many areas of support for consumers. Examples include observing traffic safety problems, reviewing how effective crash avoidance and traffic safety efforts are, studying proposed agency rules changes, and utilizing data from other government agencies.

Recent safety topics that have been given attention include consumer seat belt usage, non-fatal traffic crash results, alcohol-related driving accidents and incidents, and effectiveness of seat-belt usage and related laws.

Ford has recalled almost 400,000 vehicles because of faulty doors that could suddenly open while driving. The affected cars are the Ford Fiesta, Lincoln MKZ, and Ford Fusion. the vehicle years impacted are between 2012 and 2014. The faulty doors, when closed, may not properly latch, and could unexpectedly open. Dealerships will make the repairs for free.