Best Driving Tips For Your Teenagers – Reduce Risk Of Accidents

Handing over the car keys to your teen driver for the first time is one of the scariest things a parent can do. Even though your State Department of Motor Vehicles issued your son or daughter a license, you may be wondering if they are ready to be out on the road alone. If you have doubts, it's a very normal reaction. While your child would like to begin driving when they reach age 15, most parents would be overjoyed if they waited until they were 21! And thousands of dollars would also be saved, along with countless hours of sleep.

A recent study by "The Allstate Foundation" found that almost half of surveyed parents regretted not monitoring their teen driver better. A whopping two-thirds said they wished they had spent more time out on the road practicing with their teen, especially in high-risk situations, such as driving on an interstate highway, driving at night, or taking their child out when it is snowing (not too hard, of course!). High winds, fog, and heavy rain can also cause visibility problems. Many newer vehicles (especially SUVs and sports cars) have restricted rear windshield views when passengers are in the back seat.

Some of the most effective recommendations are actually the simplest to implement. For example, obeying local speed limits and wearing a seat belt at all times will drastically reduce the chance of having an at-fault accident and reduce the risk of bodily injury. Also, taking the time to wipe off your windshield (inside and out) on a regular basis, and staying out of the way of overly-aggressive drivers, is always an important rule to follow. And perhaps the tip with the most effective results, is to simply drive slower on rainy, snowy, or icy roads. With advanced warning, drivers can avoid adverse weather conditions.

Postponing unnecessary driving until later in the day when roads are plowed, will save time and drastically reduce the risk of having an accident. Snowy roads can be quickly cleared by early afternoon, especially in many Midwestern states including Ohio, Indiana, and Michigan. Driving with newer all-season or winter tires can also make a big difference in traction on roads with any weather condition. Replacing tires in a timely manner can also help.

Unfortunately, a lack of on-the-road training and lax monitoring of a teen driver can be deadly. According to the Centers for Disease Control and Prevention (CDC) car crashes are the number one cause of death for U.S teens. In 2010, an average of seven teens died every  day from injuries sustained in a motor vehicle accident. And this trend has continued into 2021, as texting while driving is still a major concern, although it is hoped that future figures will be less.

The risk is especially high during the first six months of licensing and for teens driving with younger persons. Many states actually limit the number of passengers a young person can drive with or impose a special curfew. It's often a "graduated" sliding scale that rewards you if you drive incident-free for 12, 24 and 36 months. By the time you're 19, the makeup of your passengers will not make a difference, when you are hopefully accustomed to to keeping your eyes and mind on the road.

Increasing the minimum driving age to 18 has been discussed in many states but is not often implemented (see below). Studies clearly show that when newly-licensed drivers begin operating a vehicle at age 19, instead of 16, the number of traffic violations and accidents significantly reduces. Of course, drivers can voluntarily delay getting their driving license. Recently, thanks to ride-sharing services, the need to drive has slightly diminished. 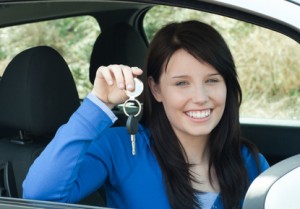 While graduated driver licensing (GDL) has helped reduced teen deaths, the benefits may be leveling off. The Governors Highway Safety Association (GHSA) recently released data that showed the number of 16 and 17 year-old drivers who died in car crashes went up more than 10 percent in 2016. This is an alarming increase, considering the amount of education and training that most schools provide.

Parent's Responsibility
The Allstate study found that parents lag in some key categories that could potentially keep their teen drivers safe. 74 percent of parents mistakenly believe that risk-taking is the number one cause of fatal car accidents when the accurate reason is simply not enough practice hours behind the wheel. By just increasing practice time by 20%, the number of fatalities would certainly reduce. Also, by extending the probationary period for recently-licensed teens, the incidence of accidents would surely decline. several states have actually increased their probationary period.

A more radical option is to delay licensing of new drivers until they are 19. The maturity level would be higher and the number of road accidents and fatalities for other drivers would decrease since there would be no 16-19 year-old drivers on roads and highways. Also, overall auto insurance rates would decline since one of the biggest risks would be eliminated. NOTE: We don't anticipate this change to be ever adopted across the US. But some individual states are currently considering this idea, hoping to reduce the number of driving fatalities.

·         While 9 out of 10 parents believe it is important that teens learn to drive at night and with passengers, roughly 33 percent of parents admit to not covering these topics sufficiently with their young child. Perhaps it's lack of time, but this trend must change. Also, one of the largest car insurance discounts available is the "good student discount." In addition to reducing costs about 10%-15%, better students make safer drivers. A "B" average or 3.0 GPA will generally qualify for the reduction.

Are You Strict Enough?

·         Are parents strict enough? Almost one third of parents are neglecting to set rules regarding driving with teen passengers in the vehicle or driving at night, which are two of the most dangerous times for a young driver. While the high school (and sometimes junior high school) and independent driving instructors can help, ultimately, it is from within the household that these decisions must be made. Single-parent households may be at a disadvantage, since often the single mother or father is working increased hours.

Whether they know it or not, parents can have a huge influence in keeping their teen safe. Vicky Dinges, Vice President of corporate social responsibility at Allstate said in a recent press release that parents ultimately are the primary source of information for young drivers, but they were not aware of some of the more important crash statistics. Also, simply teaching (by experience) the proper merging, turning and passing technique will ultimately keep the entire household safer. Taking an extra hour each week of highway training could potentially make a big difference. Completing defensive driving courses, regardless of age, will also help. 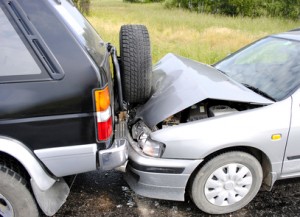 In order to educate parents, the National Safety Council and Allstate are launching "Drive It Home," which was developed by parents for parents. The program uses videos and coaching tips to get adults to pay attention to the very real risks that their children face. It is hoped that positive results will be noticed within months of the launching.

Listed below are  a few recommendations from National Safety Council and The Allstate Foundation:

·         Spend at least 30 minutes each week driving and teaching with your son or daughter. Take different routes at different times. Don't forget to include driving on both country roads and bigger highways. At some point, include rain, windy and snowy weather in your schedule.

·         Help them practice scanning all parts the road, recognizing and responding to hazards that they may (or may not) see. It's important to learn how to anticipate certain events before they occur, such as a small child following a ball onto the road.

·
Give feedback when judging distances between cars in traffic along with vehicles in front and behind you. It may be a new experience for your child and all helpful comments are appreciated. You can never make "too many" good suggestions.

·         Set specific limits on driving with other teen passengers and night driving. Of course, each state will also have laws in place.

Insurance Rates Will Go Up

In addition to the extra worry that a teen driver adds, you can also look forward to higher premiums. While it will vary by many factors, including the state that you reside, a new driver will substantially raise rates. One of the reasons is, of course, the lack of supervised experience. And often, that leads to a greater risk of damage to the vehicle or other property. As your teen gets older, prices will subsequently drop.

Experts suggest the following to help keep your premiums reasonable:

·         Shop Around – Insurers rate risk differently so shopping around can save hundreds or perhaps thousands of dollars. Get as many quotes as possible and make sure you are comparing apples to apples in regards to coverages and deductibles. Our website makes it easy for you to obtain multiple free quotes by simply providing your zip code. Then, instantly, you can compare your best options.

·         Good Grades – Push your teen to carry at least a B average. This can result in savings up to 15 percent every year. These reductions can continue throughout graduate school. If you have newer vehicles, the discounts will be quite large, since youthful policyholders are often assigned to the most expensive cars for rating purposes. Even vehicles without collision and comprehensive coverage will see large discounts.

Plain Car – Putting your teen in a sports car will elevate the premium. Finding a safe sedan will result in a much better price. Perhaps one of the best vehicles to buy (and one of the safest), is a used SUV that has about 50,000-80,000 miles of wear. The price will be right and there will be plenty of safety features to keep your teen safe. But don't forget to check the tires and verify that they're not the same tires that came factory-installed. A new set of tires may cost between $350 and $800, but you'll notice a huge difference, especially in bad weather conditions.

Incredibly, drivers involved in these accidents were not watching the road for approximately four of the six seconds immediately preceding the crash. Some of the most common contributing factors were cellphone usage, talking with other passengers, attempting to pick up an object, and observing items either inside or outside of the vehicle.